Well the fair has come and gone, summer however, has decided to stay.  With the heat wave finally broken, we’re finally having some nice July weather.  Anyway the last day of the fair was Sunday and I collected all of my ribbons from the stuff I submitted.

Not too shabby if I do say so myself.  So on top of the Bacardi Gold rum cake and the chicken and waffles cupcakes, I also submitted my lemon truffle fudge 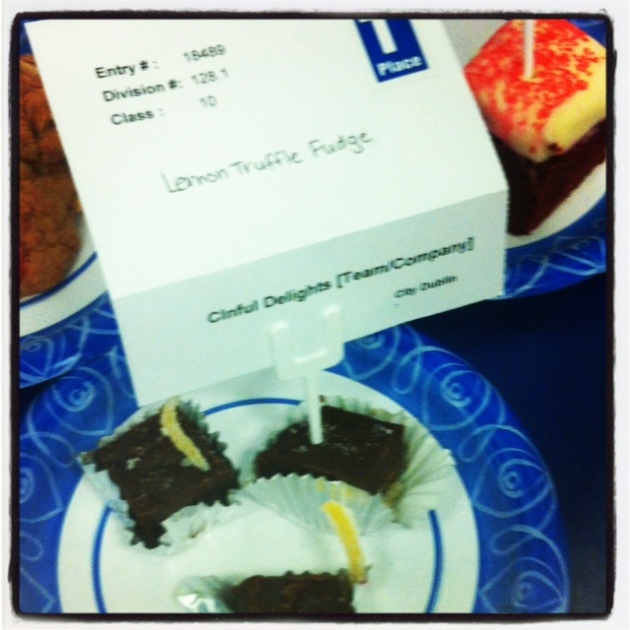 another first, and my Rasputin Old Stout cupcake and a bacon cheddar chive scone 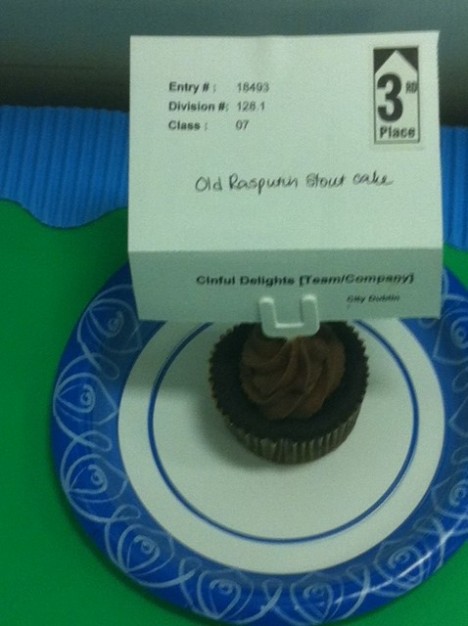 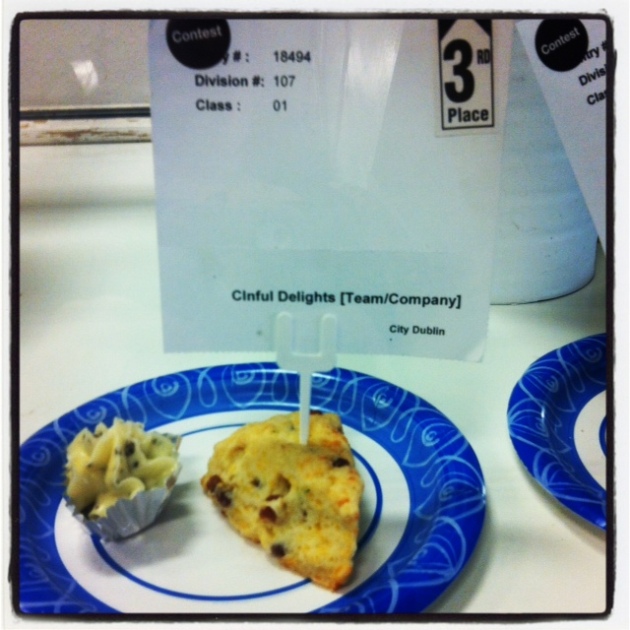 both of which won third.  I also submitted my Cheez-It toffee but it didn’t place; 7 out of 8 ain’t bad.  So in case you lost total that is 5 first places, 2 third place, and 2 judge’s favorites.  I’m pretty stoked.  I’m considering entering some stuff in the Sonoma County Fair, you know, to get more ribbons and stuff….annnnddd my FAVORITE taco place only has a stand there so that might be a bit more motivation.  Also, there’s a chopped challenge at the California State Fair I’ll be entering and I’m still working on my Hell’s Kitchen Application.  A lot of stuff going on on top of my normal baking stuff!

I’m also waiting for the winner of the Kings By the Bay winner to come forward and claim their prize so hopefully I’ll have more info on that coming up as well.

I think that may be all for now, have to get back in the kitchen and think up more award winning cupcake ideas!  Check back next time for more updates on what’s coming out of the kitchen and any contests I’m entering!

“It’s hard to be humble, when you’re as great as I am.” – Muhammad Ali